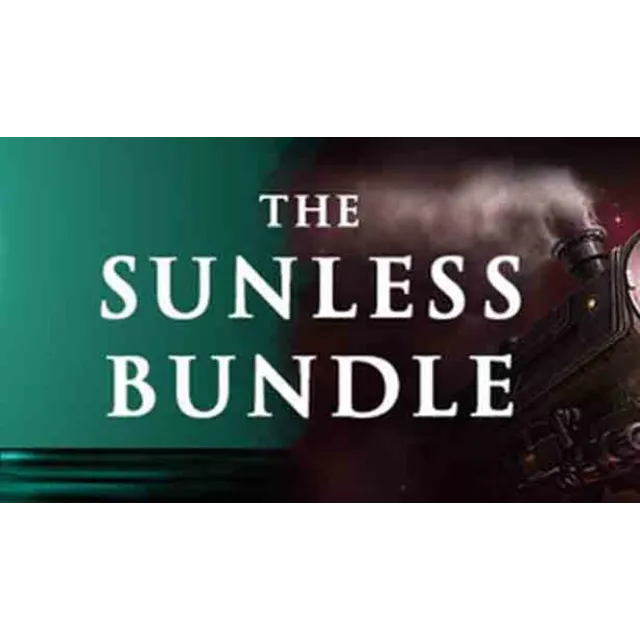 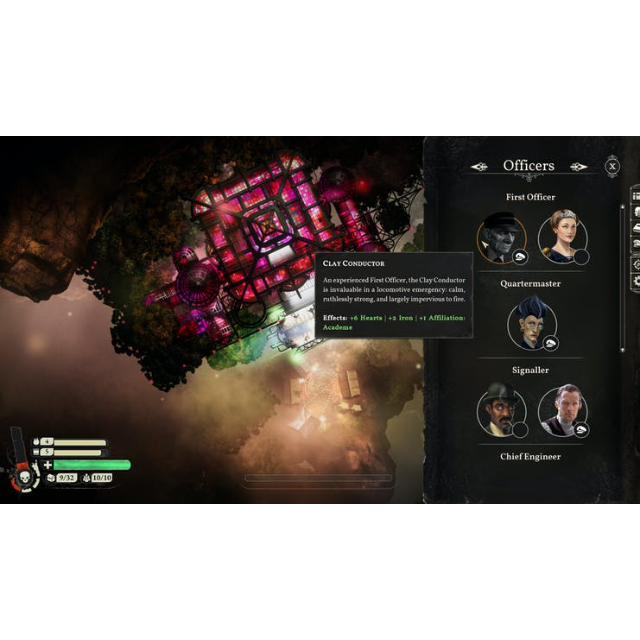 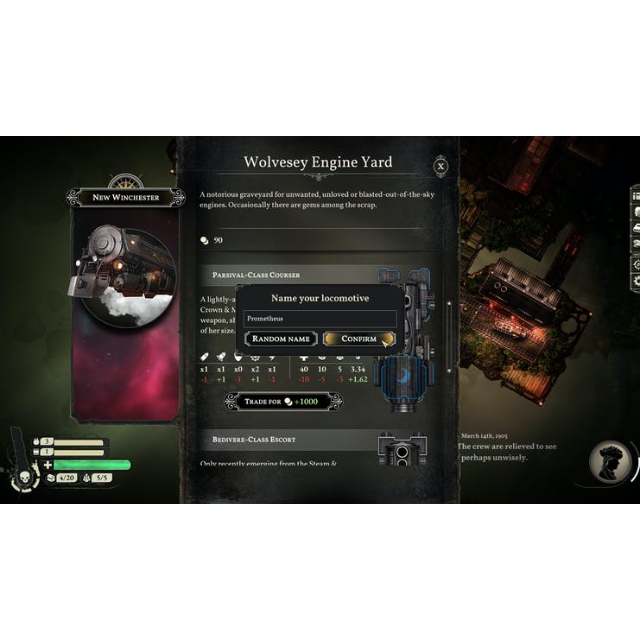 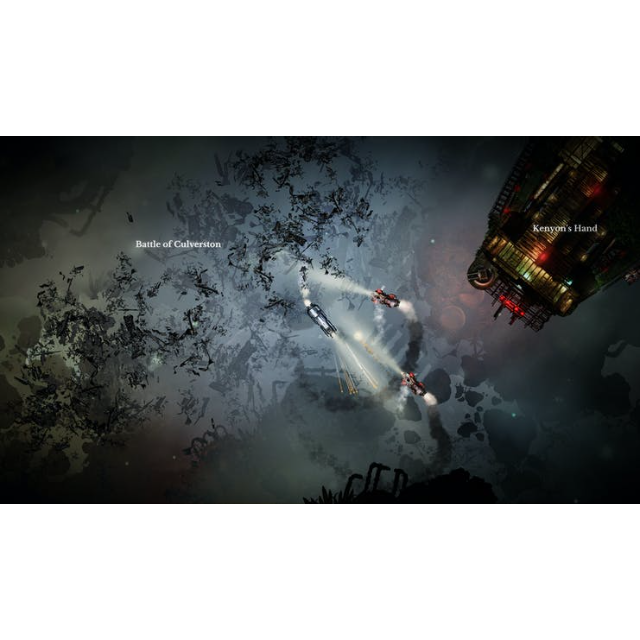 SUNLESS SKIES
A Gothic Horror roleplay game with a focus on exploration and exquisite storytelling.
Command a flying steam locomotive
The only thing between you and the waste-winds, storms and cosmic lightning is your engine. Tend and upgrade it, buy weaponry and exotic equipment, and keep her hull in good shape to hold the hostile Heavens at bay.
Explore a unique and dangerous universe
You play the captain of a locomotive, a steam engine fitted for off-rail travel: sailing the stars, leading your crew into trouble and out of their minds. Smuggle souls, barter for crates of time, stop for cricket and a cup of tea.

Discover more of the deep, dark and marvellous Fallen London Universe, as seen in our previous game, Sunless Sea. (You can play either game first, the stories coexist happily.)
Fight her majesty's agents, pirates and abominations of the skies
Face ships of differing factions and unknowable beasts each with different attacks and agendas.
Survive starvation, madness and terror.
Manage your crew’s condition and your captain’s nightmares. Balance fuel and supplies against your desire for new horizons, knowledge or riches. Struggle with sights never meant for human eyes. How will the dark change you?
Recruit officers on your adventures
Populate your ship with unique, upgradeable officers, each with their own quest to fulfill: an incautious driver, an incognito princess, a repentant devil, and - dear god! - your Aunt?! How did she get out here?
Discover your captain’s past through narrative levelling
Reveal your captain’s past deeds as facets of their personality as you progress. Most captains will perish, but their actions will leave a mark on the world for their descendants - for better or worse. Pass on some effects, and return anew to deal with events that your previous captain put into motion.
Features
Multiple, intertwining stories with a depth and richness unlike anything else in games, inspired by CS Lewis, Jules Verne, Lovecraft and HG Wells

A choice of play styles: build a lineage of captains as each dies, or reload your most recent captain and continue

Key remapping and full controller support
SUNLESS SEA
Take the helm of your steamship and set sail for the unknown! Sunless Sea is a game of discovery, loneliness and frequent death.
LOSE YOUR MIND. EAT YOUR CREW. DIE.
Sunless Sea is a Gothic Horror RPG with a focus on exploration, exquisite storytelling and frequent death.
Captain a Victorian steamship on a vast underground sea
If the giant crabs, sentient icebergs and swarms of bats don’t get you, madness and cannibalism certainly will. But that old black ocean beckons, and there’s loot for the brave souls who dare to sail her.
Seek out intriguing individuals for your crew
Hire unique officers like the Haunted Doctor and the Irrepressible Cannoneer. Each has a story to tell, if you can draw it out of them.
Stray from the gas-lamps of civilisation
Light and dark, terror and madness: spend too long on the wide, dark sea and your crew will grow fearful and eventually lose their sanity.
Carve a life for your captain in a cruel and unique world
A deep, compelling world packed with 350,000+ words of stories and secrets. Find your father’s bones. Determine London’s destiny. Defy the gods of the deep sea.
Your captain will die.
Pass on resources from one generation to the next. Acquire a family home and a hoard of heirlooms. Build a legacy of zailors who braved the sea and lost - or, occasionally, won.
Features
Beautiful, hand drawn art - castles of sparkling ice, prisons perched on lily pads, fog-shrouded lighthouses and the DAWN MACHINE.

Choose a ship’s mascot: the Comatose Ferret, the Wretched Mog, the Elegiac Cockatoo, and more!